Is There a Difference Between a Cicada and a Locust?


In spring and summer, when insects become active once again, two bugs that we sometimes hear about are cicadas and locusts—especially when there's a significant "swarm" expected. Sometimes, people use the two names interchangeably for what they think is the same insect. Is this correct? Or is there a difference between a cicada and a locust?

Yes, Cicadas and Locusts Are Different

Cicadas and locusts are in fact different insects. They aren't even from the same order. They are often confused with each other due to their behavioral similarities. Locusts swarm, and cicadas—in particular, periodical cicadas—are often thought to swarm. However, cicadas don't actually swarm—they just happen to be above the ground in large numbers at the same time.

The association between cicadas and locusts goes back to colonial times. When periodical cicadas showed up in large numbers, the colonists assumed they were experiencing a "locust plague"—similar to the eighth plague of Egypt described in the Bible.

What Is a Locust?

A locust is a grasshopper from the family Acrididae that has reached adulthood. Although they are sometimes referred to as different species, there is no taxonomical distinction between locust and grasshopper species. The only distinction is the swarming behavior.

Why Do Locusts Swarm?

Locusts are usually solitary, however, periods of wet weather can change things. The wet weather causes an increase in numbers, and then dry weather forces the insects closer together on the remaining vegetation.

A study published in Proceedings of the National Academy of Sciences in 2001 states that the frequent touching of the locusts' hind legs due to this forced crowding causes the swarming behavior.

In 2009, a study published in Science showed that serotonin levels significantly increased during the switch from solitary to gregarious behavior, while blocking serotonin activity prevented the formation of locust groups.

These findings suggest that the physical contact brought on by overcrowding causes the release of serotonin, which, in turn, promotes the swarming behavior.

Locusts won't bite you, they aren't poisonous or toxic, and there is no evidence that they carry any diseases. However, they can significantly damage crops—even as nymphs.

A swarm contains tens of millions of locusts that can eat their weight in food in just one day. This can severely cripple local farming economies and starve small populations.

When they run out of food in their area, they'll all fly together in a swarm to find something else to eat. They can travel up to 100 miles each day.

Locusts rub their wings together or against their body to create a soft buzzing sound. This sound can be amplified when millions are flying past, but locusts are not nearly as loud as cicadas.

What Is a Cicada?

A cicada is an insect from the order Hemiptera (true bugs) and superfamily Cicadoidea. There are around 3,000 known species of cicadas, and they live throughout much of the world.

Even though they generally are not harmful, they can be annoying to many people, mainly due to the noises they make. They don't sting, and they generally don't bite. However, they have been known to mistake a human for a tree, and it hurts if they poke you with their proboscis while looking for food.

Due to the huge numbers of cicadas that are active at once, the sound of a cicada invasion can be deafening. Those who live in an area with an emerging brood may wish to consider using earplugs or noise-canceling headphones during the weeks the insects are active.

Unlike locusts, cicadas don't destroy crops. They only feed on woody trees, so most farmers and gardeners have nothing to worry about. They lack the mouthparts needed to feed on fruits and flowers.

Why Do Cicadas Make So Much Noise?

The loud buzzing and clicking sounds you might have heard before are made by rapidly flexing and relaxing muscles to shake structures called tymbals. Males use these sounds as mating calls. Each cicada species has its own mating call. In some cicada species, the males will all sing together, and the sound can reach 120 decibels. The noise has an added benefit - it keeps away predators such as birds.

What Is the Life Cycle of a Cicada?

After the mating period, females will carve into twigs and branches to lay their eggs. When the eggs hatch, the nymphs fall to the ground, where they use their powerful front legs to burrow deep into the ground and look for roots from which to drink sap.

When Do Cicadas Emerge From the Ground?

Depending on the species, adult cicadas will emerge from the ground within 2–17 years. Annual cicadas have adults that emerge ever year. They are also known as "dog day" cicadas, since they are most common during the dog days of late summer. These cicadas are greenish in color and are heard more often than seen.

Periodical cicadas are the ones most often mistaken for locusts. The adults emerge all at once after several years underground. They show up earlier in the year than annual cicadas—in spring when the temperature of the soil eight inches below the ground reaches 63 oF (17 oC). When millions of cicadas are active at the same time, it can certainly seem like a swarm.

Why Do Some Cicadas Take 17 Years to Emerge?

Only cicadas from the genus Magicada have life cycles of either 13 or 17 years. Currently, scientists believe these prime-numbered cycles evolved to avoid predation and harsh living conditions. By waiting 13 or 17 years to come out, they never synch up with the life cycle of any one predator species (e.g. cicada killer wasps).

Cicadas in a particular region that have their life cycles synced up are grouped into a brood. In 2019, Brood VIII will emerge in eastern Ohio, western Pennsylvania, and northern West Virginia.

Question: For the last few weeks, It seems the cicadas start making noise at almost the same time each night, almost to the minute. Is it temperature or light related?

Answer: There are different species of cicadas, and what triggers their singing varies from species to species. There is one species called the "Northern Dusk-Singing Cicada," that sings around sunset.

Question: What do cicadas eat?

Answer: Cicadas feed on the xylem, or fluid, of trees and shrubs.

Question: I live in Brooklyn. How do I know what kind of cicada I have?

Answer: It's more than likely an annual cicada. There was a brood in New York State this year (Brood VII), but that brood is only in the Finger Lakes area. Periodic cicadas show up in spring and early summer, and the annual ones show up in late summer. They are also different in color - annual bugs are more green, and the periodic ones are more black, brown, and orange.

Question: Is a locust the same as a katydid?

Answer: Katydids are in the grasshopper and cricket family, but they are a different type of insect.

I’m seeing these brown black cicada around so far I seen two. I don’t know if I can post a picture but they are definitely Cicadas and due to their color it makes me wonder if they are the ones we were supposed to get last year? I can’t add a pic?

Thanks so much. This is very interesting and informative. Growing up I was told it was locust shells. But I now know it was cicadas. As adult I realized they were cicadas but what was the difference. So Iv always seem cicadas and never a locust. Been seeing a lot of green ones around me in PA outside philly. And now know they are adult annuals. Thank you for the info. My problem now is I’m finding Japanese Lantern Flys.

They make great snacks for the birds, so at least they are helpful in one way.

gusting looking bugs, would neem tree oil work with cicadas like it does with locusts?

Surely cicadas belong to the (super)family Cicadoidea while locusts are in the Acrididae?

Your Chart is Backwards.. Look at the families under each.

Thanks for reading and commenting, everyone!

As far as the "17-year locusts" - yep, that term just came from the confusion between cicadas and locusts. Locusts live normal grasshopper lifespans (the lifespan varies from species to species, but it's usually around 5 - 6 months).

@pstraubie48: Yes, those would be cicada "skins." I remember having a small collection of them when I was a kid. They were definitely so much fun to find! :)

Thanks - this clarifies something I've been wondering about for a long-time. And I want to follow up on the question from AvianNotice - is it only cicadas who have the long periods (13 and 17 years). Or are there also things like 7-year and 17-year locusts?

This is a fabulous piece, Jen. It was very well done, and answers many questions? Now, where did the mention of the 17-year locust come from?

This is very interesting, well organized, and filled in some details that I need to know. If I am not mistaken, the fascinating outer covering of the cicada was what we would delight in finding around our property in the late summer. Would that be correct?

I looked on google images and it seemed to be the same one.

Thanks for sharing with us.

Sending Angels to you this afternoon. :) ps

Thomas Silvia from Massachusetts on April 17, 2013:

Hi Jen this is a very interesting and informative article, some of this information i did not know before, thanks for helping learn more about these little critters .


Watch the video: A Comparison Between Locusts And Cicadas to Help You Identify Them (August 2022). 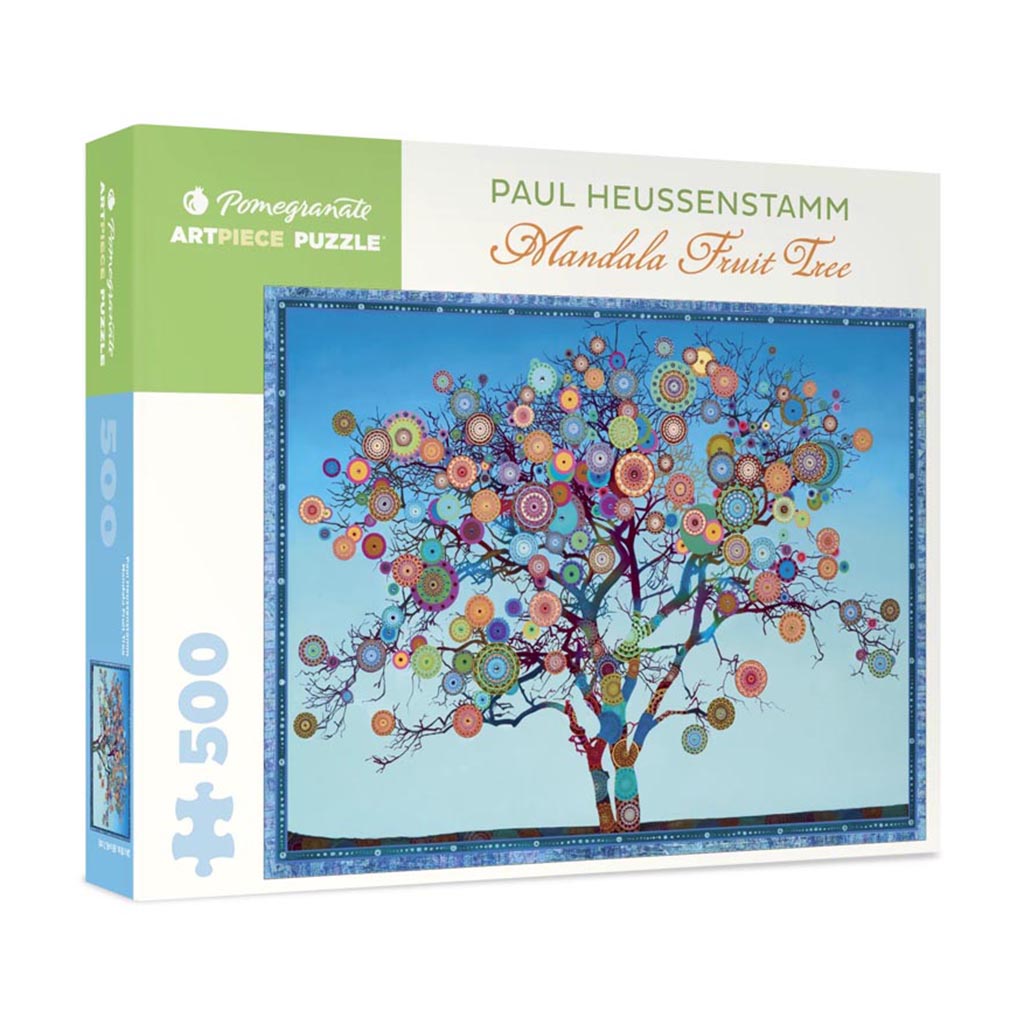